An index to the China series appears at the first post.

All good things must come to an end.  After nearly two weeks in China, I was ready to be back in my home at Cape Town.  My trek back, though, was fairly complex.  My friend Jing Li was driving me to the Shanghai airport personally, and then I had a flight to Beijing, a long wait at the airport, and then a 14+ hour flight directly to Johannesburg (plus a short hop to Cape Town).

Getting to Beijing was uneventful, and the shuttle bus to the international terminal did not take long.  At that point, though, I had roughly eleven hours to wait in the terminal.  One unfortunate feature of international flights is that one cannot check in his or her luggage until two hours before the flight is scheduled to leave.  Consequently I was towing a large bag around with me.  The international terminal at Beijing is enormous, so at least I had some room to explore! 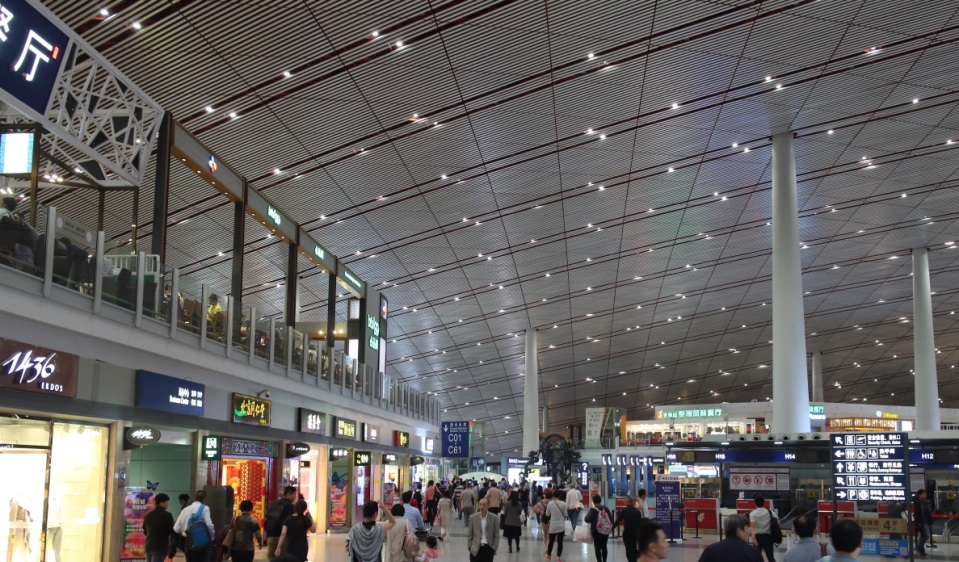 The terminal is shaped like a giant clam shell.

I began jotting notes in my journal for things I might write about.  I love words, so I was delighted to learn that the word “bamboo” is not Chinese but rather a word we borrowed from another South Asian language.  I love the fact that what we call China, they call “Zhōngguó” (sounds like “Chong-gua” to my insensitive ear).  I saw a few people wearing 3M face masks, but not as many as I might have thought.  I could write about everyone’s fixation on their mobile phones, but I’m not sure that’s different than anywhere else.

In my mind, I was still turning over the phrase I had seen in a throne room at the Forbidden City: “wuwei.”  Why would doing nothing be such a good thing?  A young fellow and I were using a power station to charge our devices.  I saw that he had purchased a book on ceremonial art in China, and we struck up a conversation by notebook and Google Translate (I laughed when he used a pithy term from English to describe the translation quality).  He explained that he was an art student.  We began a conversation about the Tao Te Ching.(now written Dàodéjīng), the 4th century BCE book from which “wuwei” comes.  I asked if it meant something like “do not act artificially; instead pursue simple goals.”  He countered with something more straightforward: “be childlike.”  Naturally, my thoughts turned to a text I remembered from long ago, blessing the “pure in heart.”  I was glad to have made another friend in my waning hours in China. 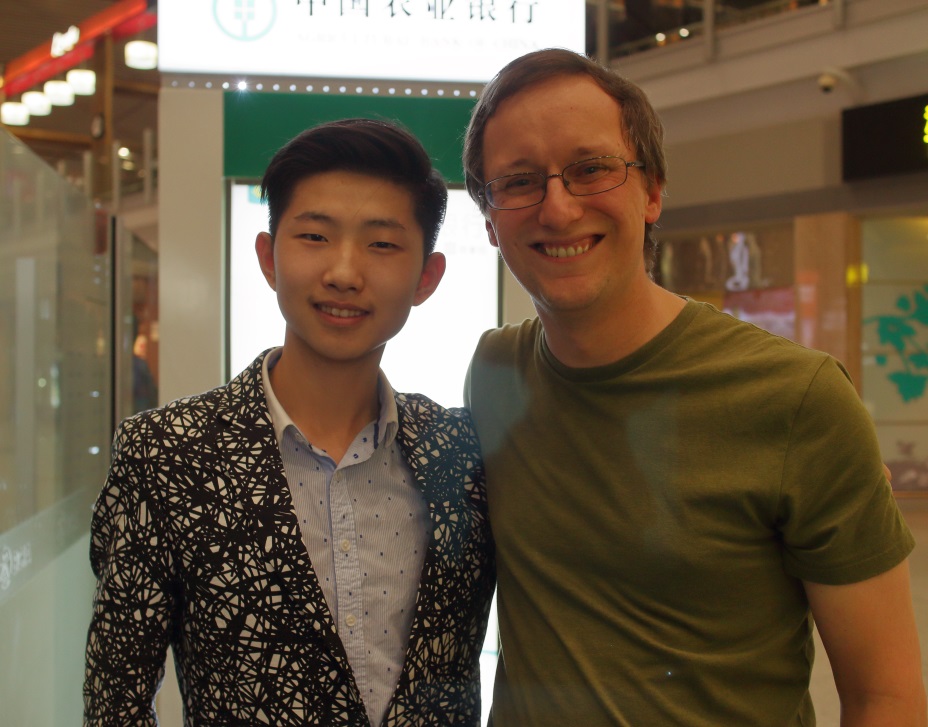 I loved the willingness of people to reach out to a stranger.

Just like that, the time had arrived that I could get my boarding pass and drop off my checked luggage.  Irritatingly, the Air China desk was now hidden behind an inert mass of travelers awaiting their boarding passes.  By the time I actually received my boarding pass, the plane was due to board in a half hour.  I began what turned into a long jog to the gate, stopping for the security check, the immigration business, and a surprisingly long track to get to the gate.  They began boarding just as I arrived.

What can I report about Air China 867?  It’s a long flight, though not the longest I have ever been on (I think that would be the now-cancelled Chicago to Delhi flight over-the-Pole from American Airlines, at 15.5 hours).  It is likely that some day I will take the 16.5 hour flight from Johannesburg to Atlanta, even though I’m still mad at Delta Airlines.  I was excited to realize that the flight’s maximum altitude was just under 10,000 meters and that it was moving forward at 912 km/hr.  That’s just short of one megameter every hour!  I was sad to realize that Air China has a much better Chinese-language movie collection than they do English.  I did enjoy a computer-animated movie celebrating the awakening of the Monkey King.  Soon thereafter, I was back in Cape Town, enjoying the company of my friends and colleagues.

I feel very grateful for my two weeks in China.  I saw two cities full of industrious and generally hopeful people.  Sure, some of them had some grumbles about how their nation was run, and the air quality and road congestion could certainly be better.  I don’t think a politician will be able to tell me that some fictional monolithic China is my enemy without my laughing in response.  The warmth with which my hosts greeted me and the amazing history that the country has on offer formed memories that will last me a lifetime, or at least until I get to visit this lovely place again!

1 thought on “China: Returning to my world”